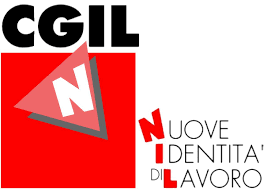 On 25 February, the Labour Court of Bologna ruled that Stefano Mancuso (rider for Deliveroo and, later, Just Eat) is an employee of Deliveroo. The rider decided to go to Court when his account was deactivated after he refused to sign the Assodelivery-UGL agreement (that was later declared illegal by the Court of Bologna).

The first decision by the Court was issued in July 2021 and stated that the deactivation of the account was in fact a dismissal and obliged Deliveroo to hire him again. In February 2022, the Court added that the rider’s job was hetero-organised and that he should be considered as an employee. The Court also condemned the platform to pay to the worker what he was due based on the collective agreement on logistics. During both legal proceedings, Mr Mancuso was supported by CGIL.

Stefano Mancuso, who is also union delegate for Filt CGIL in Just Eat, called for linking riders’ salaries to the collective agreement. Deliveroo underlined that this decision refers to one case only and announced it would appeal.