Deliveroo Works Council in Cologne and other German cities 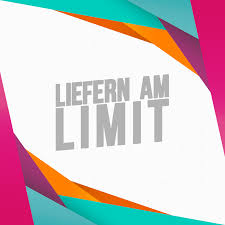 In January 2018, Deliveroo riders in Cologne announced that they would hold works council elections in February. Despite Deliveroo’s resistance to this initiative, including the dismissal of permanent staff and erasing the internal chat allowing workers to organise shifts, elections led to the setting up of the first Deliveroo works council in Germany. Riders had started organising for elections at the beginning of 2018 through the facebook page « Liefern am Limit » (Deliveries at the limit). During the first campaign, Liefern am Limit cooperated with NGG, a German trade union active in the food, beverages and catering sectors, of which, in November 2018, it became a partner initiative. In the two years since the creation of Liefern am Limit, other works council have followed the first one. Since Deliveroo has left the German market, works councils are now established at the platform Lieferando in Stuttgart, Nurnberg, Frankfurt, and Nord (Hamburg, Bremen and Kiel). The ultimate goal of Liefern am Limit is to improve couriers’ working conditions and strengthen workers voice in platforms.