Agreement between Bzzt and the Swedish Transport Workers’ Union 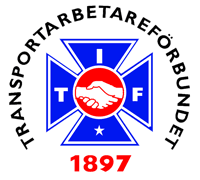 The agreement between the transportation (by small, electric, three-wheeled moped) start-up  Bzzt and the Swedish Transport Workers’ Union allows Bzzt drivers to be covered by the Taxi Agreement, which gives the workers access to the same standards as traditional taxi drivers. Unlike many platform companies, the drivers in Bzzt are offered  marginal part-time contracts.  The start-up Bzzt was launched in 2017, the agreement was signed in 2018.